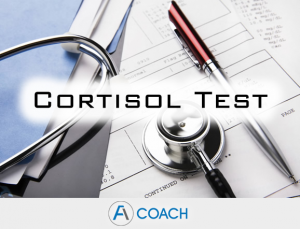 In 1929, Dr. Arroyo discovered a useful test to detect Adrenal Fatigue: the “Iris Contraction Test” This Adrenal Fatigue test goes as follows: Darken the room and shine a flashlight across one eye (not directly into the eye) and watch what happens in the mirror. Under normal circumstances the pupil will immediately contract and will stay contracted. But if you have poor adrenal function the pupil can’t hold the contraction and will, either waver between contracted and dilated, or will initially contract but then dilate within 2 minutes (despite the light shining on it) and the dilation will last for 30-45 seconds before it contracts again. You can retest this monthly as an indicator of recovery (as you recover from Adrenal Fatigue the pupil will hold the contraction longer). The inability of the pupil to remain contracted is more typically present in moderate to severe cases and usually not present in milder cases of Adrenal Fatigue (1).

The lab tests that most conventional doctors use only measure extreme adrenal dysfunction (Cushing’s syndrome and Addison’s disease) and those tests also don’t take into account the natural changes of adrenal function throughout the day (diurnal rhythm). The best way to determine adrenal function is to test cortisol at a variety of points through the day to see if cortisol is spiking and dropping at the correct times. 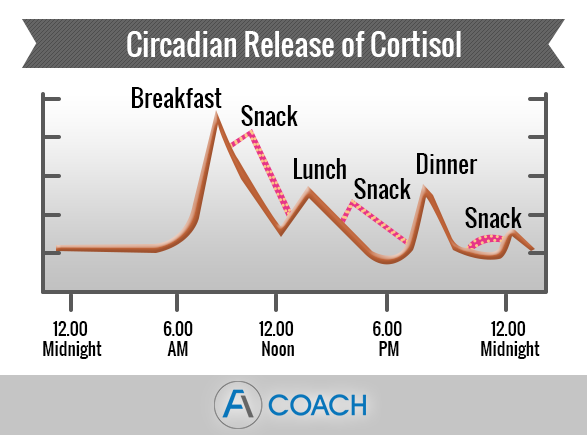 Salivary cortisol testing may not be readily accepted by mainstream medicine, there are a lot of scientific studies published in peer-reviewed journals demonstrating its utility clinically (2),(3),(4),(5).

How Does The Salivary Cortisol Collection Process Work?

Saliva testing is an easy and noninvasive way of assessing the active hormones available for use by your body. Typically your doctor or you (in the case of self testing through a direct-consumer-lab) are to collect 4 separate saliva specimens over the course of a single day into a sterile container (to be provided by your healthcare professional or direct-to-consumer lab). Each collection will take approximately 10 to 15 minutes. You should avoid coffee, caffeinated beverages and food until after the saliva collection. Exercise should also be avoided. The specimens should be stored in the refrigerator until all have been completed and subsequently the specimens should be mailed to the (direct-to-consumer) lab for analysis. Usually the results will return in approximately 2 weeks and will be discussed at your next appointment or will be emailed to you.

Where To Take A Salivary Cortisol Test?

You should discuss with your doctor or healthcare professional about your specific situation and symptoms and see if a salivary cortisol test would be useful for you. Unfortunately a lot of doctors and healthcare professionals are still unaware of the validity, reliability of salivary hormone testing. In these situations direct-to-consumer labs, are a good alternative, or you may purchase a test via websites such as Amazon. These options are also ideal for those who are uninsured, have a doctor who is not willing to order lab tests due to lack of awareness or who is not willing to be comprehensive. These lab tests allow patients to order tests directly or work with a practitioner for testing.

You can also purchase the below selected Adrenal Function tests directly via Amazon: