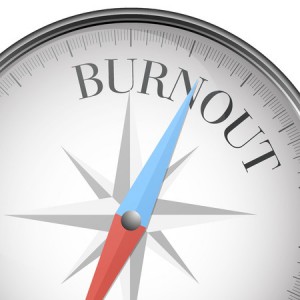 The term “burnout” was introduced in the 1970s by American psychoanalyst Herbert Freudenberger. He defined burnout as “the extinction of motivation or incentive, especially where one’s devotion to a cause or relationship fails to produce the desired results.” Burnout referred to the consequences of severe stress combined with high ideals experienced by people working in “helping” professions. Typically professionals, such as doctors and nurses, who sacrificed themselves for others, would often end up being “burned out” and unable to cope.

Nowadays, it seems that burnout can occur to anyone in any context, at any stage of life, it has become a mass phenomenon as more and more people are missing work due to “burnout syndrome.” The increased pace of business life, an increased competitive environment and a decrease in the number of employees to do the same amount of work are often mentioned as key reasons behind the increased prevalence of burnout symptoms. Implications of burnout can be far-reaching. Its impact extends to a person’s health, sense of well-being and overall attitude to his job, career and life.

Social psychologist Christina Maslach (1), Ph.D., has studied burnout since the 1970s and created the  Maslach Burnout Inventory, by far the most widely used, accepted, valid, and reliable measurement tool of stress and burnout. She found that burnout occurs when certain areas of our lives are chronically out of sync with our belief systems. Maslach defines the antecedents that contribute to burnout as workload, sense of control (or absence thereof), reward (or absence thereof), community, fairness and values.

Workload alone isn’t enough to spark burnout as there are a lot of people who have a lot to do but still feel fulfilled and satisfied. But your workload quickly changes from being a source of joy and fulfillment to becoming a burden if your boss is treating you unfairly.

People who experience burnout are likely to display the following behavioral symptoms at work (or in school):

There will also be some physical manifestations for burnout (although not every individual exhibits the same symptoms). Some of them include: insomnia, loss of appetite, impaired speech, sexual dysfunction, hypertension, shortness of breath, high cholesterol, weight loss or gain. Psychological symptoms include amongst others: cynicism/negativism, rigidity, reduced self concept, depression, increased worry, alienation, frustration and guilt (2).

As illustrated above the effects of going through a tremendous amount of mental, emotional, and physical pressure have powerful physical, behavioral and mental manifestations. Because of their similarity, the effects of burnout on the body have caused a growing interest in the relationship between burnout and Adrenal Fatigue, which is also caused by stress and involves a similar mechanism. To put this in perspective, look at the table below:

It can be clearly seen from the table above how Adrenal Fatigue is very similar to burnout. Dr. James Wilson mentions on his website that burnout (or terms such as washed up, burned out, used up, executive burnout) are often used in the workforce to describe Adrenal Fatigue.

Pranjic et.al (2012) (5), examined the association between Adrenal Exhaustion and burnout in their paper titled “Is Adrenal Exhaustion Synonym of Syndrome Burnout at Workplace? They also concluded that “On our opinion there are no differences between following synonyms: adrenal exhaustion, emotional and somatic exhaustion, fatigue, adrenal fatigue or burnout (burn-out) syndrome in cases of long-term exposure to stress at workplace or exposure to crisis situation – high level of stress at workplace”.